What is Mind Muscles For Traders and Who is Rich Friesen?

Mind Muscles For Traders is a website run by the highly-respected trading coach, Rich Friesen. With over two decades of experience trading in the Chicago and San Francisco pits, Rich brings first-hand floor trading wisdom to the table that most trading coaches and mentors today simply can’t. His unique personal experiences as both a broker and trader, in addition to building his very own trading firm where he trained traders to work for him, has provided him with a powerful understanding of how to achieve market success.

Rich started off as a futures broker for a few years at Merrill Lynch and EF Hutton, then became a floor trader at Chicago Research and Trading (CRT) for several years, and eventually broke off  on his own to build a firm on the Pacific Exchange. While his personal trading experiences taught him a ton about himself and the markets, it was his experiences building his own trading firm and training others to work under him that taught him the most. The same psychological issues kept coming up for his trainees – the need to be right, fear of missing out, letting losses build, cutting winners short, taking impulsive trades, and the list goes on-and-on.

Suffice to say that these one-on-one experiences with his employees made him realize with utmost clarity that trading is mainly a mental game. The system his traders were using was the same across the board, but outcomes were vastly different based on mindset.

Most other trading coaches and mentors take an extremely ineffective approach in trying to eliminate destructive trading behaviors by telling their students to “just be more disciplined”. But by doing so, students aren’t truly resolving their internal struggles. At best, the students might be able to use willpower to grit their way through a few trades with forced discipline, but their harmful behaviors will only continue to re-surface. In this way, telling a trader to “just be more disciplined” is an impotent suggestion. It’s a weak attempt at treating a symptom (undisciplined trading) without treating the cause (specific attitudes, beliefs, perceptions, etc.).

Rich Friesen’s approach at Mind Muscles, on the other hand, is about bringing conscious awareness to your destructive trading behaviors, as well as the sensations, emotions, and thoughts associated with them. But don’t overly criticize or judge yourself for thinking, feeling, and behaving in these ways. Simply acknowledge and accept them from a viewpoint of curiosity and fascination.  It also helps to understand the positive intent behind them. Our bodies and minds are simply sending us messages in an effort to help, but these “helpful” signals aren’t helping us anymore. Over time, we’ve built up certain patterns of thought, emotion, and behavior that may have served us well outside of the market, but they no longer serve us within the market environment.

2 Prime Examples of Traders Being Out of Rapport With Themselves and the Market:

There are many psychological reasons why traders struggle, but the examples below will cover two trader’s misguided beliefs related to money. Issues like this can oftentimes be hard to figure out without an experienced trading coach because rarely does anyone recognize that they have problems with making money or achieving success. But psychological problems associated with acquiring money and success are just as common as ones related to not having enough money and success.

Here are two examples from traders who went through multiple sessions of private coaching with Rich to prove it.

EXAMPLE #1: This trader would slowly build up his account to a specific amount every time, only to experience a few big losses all at once to drop well below that threshold. Through private coaching and hypnosis, the trader came to the realization that he had set a subconscious profit-ceiling for himself. Out of love and respect for his father, he had acquired a belief that he should never make more money than him. This belief put a cap on the level of trading success he could achieve. But once the source was uncovered, he was able to accept it, understand the positive intent behind it, and then reframe his beliefs to something that will serve him better. 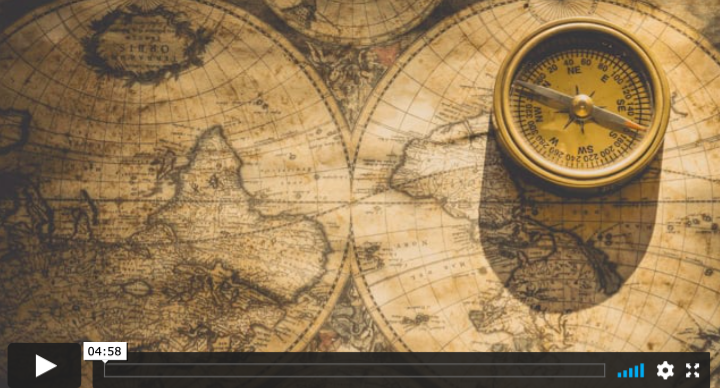 EXAMPLE #2: This trader was one who entered trading and learned all of the concepts well, but despite all of that, could never quite achieve consistent success. After some private coaching sessions with Rich, the source of the inconsistency was discovered. With a bossy mother and a sibling with special needs, his belief was that if he actually made money trading, his mom would just guilt him into giving it to her. So instead of dealing with this potential reality, he chose to sabotage his own trading results. Rather than having to choose between keeping profits for himself or giving them to his family, he chose to avoid the situation altogether.

The point of these examples is to prove just how deep some trading struggles can go. Issues like this, among many others, can’t be fixed with with some weak, surface-level approach like being told to “just be more disciplined”. That might work for a relatively short time, but your underlying ineffective beliefs will ultimately re-emerge to sabotage your results. The vicious cycle of building up your account just to tear it back down will continue until your misguided beliefs are acknowledged, accepted, and reframed.

As traders, real-time self-awareness is an absolutely critical skill to develop because it’s the first step in resolving all of our issues.

The Most Popular Course Offered at Mind Muscles For Traders – Compass 2.0:

The first thing you should do right now is take this trader test. It’s absolutely free and will allow you to pinpoint exactly where you are on the path to consistent profitability. You’ll receive a breakdown of your current strengths and weakness in areas such as awareness, clarity, preparation, execution, and review. Once you have your baseline, you can then formulate your path to consistent success.

Compass 2.0 is the flagship course offered at Mind Muscles For Traders. It offers core lessons on self-awareness, following the right process, peak performance routines, building better habits, and accurately measuring your progress. This course includes the Mind Metrics tool, which allows you to track your thoughts, emotions, sensations, and behaviors throughout the day. Overall, this course compresses decades of Rich Friesen’s experiences as a trader and trading coach into an affordable self-guided course.

Mind Metrics Rocket Launch is essentially the Compass 2.0 course and Inner Circle resources, plus two personal coaching sessions with Rich Friesen. During these screen-sharing sessions, Rich will personally assist you in setting up the Mind Metrics app and uncovering the main trading issues keeping you from success. This is the trading launch pad that most traders need, but never find. Discovering and tracking improvement on your trading weaknesses can be the difference between success and failure.

Private Coaching from Rich is obviously the most expensive route, but the quickest, most personalized path to consistent trading success. In signing up for private coaching, you’ll receive access to the full library of Mind Muscles courses, guided visualizations, books, webinars, and of course: real-time coaching while trading. You can start with a no-obligation, supportive conversation with Rich himself to see if more private coaching might be helpful for you – it’s basically a test-drive of a private coaching session.

Above all else, Rich Friesen and the community at Mind Muscles is committed to focusing on what matters – the thoughts, emotions, and behaviors that make up our decision-making processes. The thing is: most traders go on fruitless searches, cycling through countless gurus, courses, newsletters, and alert services, on a mission to find some foolproof system or holy grail. That’s exactly what I did at the beginning of my own trading journey. But the funny thing is: our trading problems and answers are already right between our ears. The consistency we seek won’t come from some external source. It has to come from within ourselves.

It took me years to realize the critical importance of acquiring the proper trading mindset, but I hope it doesn’t take nearly as long for you. I guess you can say I learned the hard way, spending money on various newsletters and alert services, and subsequently losing even more money in the market. And it wasn’t like all of these services were poor quality – some were actual quite good and helped me develop some of the core trading skills I greatly value to this day. My reason for losing money back then was that I was carrying attitudes, beliefs, and perspectives that weren’t in rapport with myself and the markets. As a result, I had a tendency to remove stop losses, double-down on losing positions, and revenge trade, among many other costly mistakes.

The biggest lesson I’ve learned over the past 10 years is that mindset is a far more substantial aspect of trading success than I initially realized. I started out on my trading journey thinking it didn’t matter much at all (maybe 10% at most), but now I’m convinced it’s the most critical aspect (at least 80%). If only I had recognized and embraced this reality right from the start…

Just imagine what your trading results would be without impulse trades, revenge trades, and other irrational behaviors.