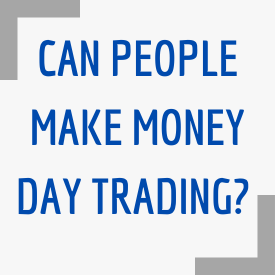 Most people dream about becoming a day trader and the lifestyle it can provide them – the money, the cars, the mansions, and whatever other fantasies of wealth they can concoct in their mind. Little do they know that this intense, unchecked focus on the potential riches right from the start is exactly what seals their unpleasant emotional and financial fate in the market before they even place a single trade. If nobody shakes them awake before they step foot into the unforgiving market environment, then their dreams will rapidly turn into nightmares. When a trader is so single-mindedly focused on the results, that means the process is being neglected. But giving the cold-shoulder to the two core components of trading success will put you in the 90%+ group of traders that fail. So it’s time to wake up and readjust your attitudes, perspectives, and behaviors if you really want to achieve consistent market success.

One major component of trading success is a quantifiable, repeatable system with a positive expected value. Essentially, this is your statistical edge in the market. One or a handful of trades within a short period of time can seem chaotic and random, but the inherent probabilities of your system will work themselves out over the course of many trades thanks to the law of large numbers. Most traders (the 90%+ that fail) don’t have the patience or discipline to stay the course during short streaks of losing trades, but consistently profitable traders (the less than 10% that succeed), think long-term and are completely satisfied taking controlled, short-term losses.

Once you pinpoint a system that has a positive expected value, that’s when you know you have a system that consistently makes money over a large number of trades. Understanding this concept allows you to trade with supreme confidence in the face of uncertainty. The truth is that anybody can execute one extremely profitable trade by sheer luck or chance, but that explosive type of trade usually coincides with a huge amount of risk. If repeated, this approach will eventually end in emotional and financial agony. There’s no doubt that the masses are attracted to “homerun” trades, which typically come at the expense of long-term profitability. Successful traders, on the other hand, follow their validated systems with the highest degree of discipline, perfectly content piling up consistent “base hits”.

Another major component of trading success is the development of a mindset that aligns with the realities of the market. In my opinion, this is the most critical aspect of trading success. It’s not just something that’s nice to have – it’s essential to achieving consistent profitability. Without it, even the best systems will crumble. Just think about it: how can a system work correctly if it’s not followed with discipline? The reality is that many traders do, in fact, enter the market with some sort of a plan. They’re armed with a strategy that they have the best intentions to follow. But as soon as they’re in a live trading environment, they immediately become slaves to their insecurities, biases, impulses, and irrational thoughts. Regrettably, they end up relinquishing every ounce of their control.

Without self-awareness and self-control, there’s absolutely no chance of achieving consistent market success. Even though the market environment has unique qualities and characteristics that are vastly different than most real-life environments we’re used to operating within, most traders simply don’t treat it that way. In everyday life, we’re used to structure being established for us. Within society, there are rules and laws already in place as soon as we enter the world, and for a large chunk of our beginning years, we subconsciously follow the rules laid out by our parents, teachers, and other authority figures. Within the market environment, however, we have to not only have the self-awareness to create the proper structure for ourselves, but also the self-control to follow our guidelines with the highest degree of discipline. No other market participant, or even the market itself, cares about your individual well-being.

Mindset is the Invisible Force Dictating Your Trading Results: 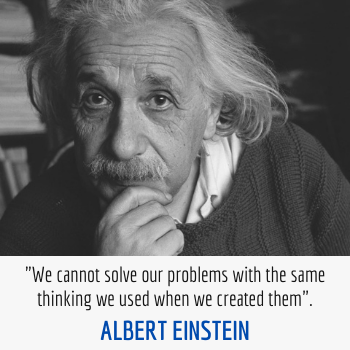 Unfortunately, most traders don’t even realize that mindset is a factor in trading success. They think that their system or ability to predict the market is all that matters in determining their results. Since it can’t be seen or touched, it often gets overlooked. As a result, traders usually have no idea, at least at the start of their trading journey, that their mindset is sabotaging their results. Blaming some “guru” that sent them a “hot stock tip” or even the market itself for not fulfilling their desires on a trade-by-trade basis is the wrong attitude to have. Deflecting responsibility for their own actions completely surrenders their control. In order to gain their power back, they have to take responsibility for every trade they make. Only then, at the point of full accountability, can actual progress be made.

The reality is that we can’t control the market, but we can completely control our reactions to it. If we continue to perceive market movements as bad or threatening, we will continue to act erratically and irrationally out of fear. Most traders operate out of this fear-based approach, which is both emotionally and financially-taxing. It’s extremely difficult to make smart decisions and stay disciplined when every little market move emits feelings of anxiety, worry, overwhelm, and all kinds of other negative emotions out of us. It’s truly crazy to think that the mindset component almost always gets ignored when our thoughts, emotions, and subsequent behaviors are the drivers of our trading results. We can’t experience consistent results if we fail to think, feel, and act with consistency. In the end, we have no chance at success unless we decide to be the pilot instead of a passenger on our journey toward consistent profitability.

Trade With Confidence in the Face of Uncertainty – Focus on the Process Instead of the Results:

With the two core components of trading success firmly in place, it allows us to trade with confidence (instead of fear) in the face of uncertainty. The majority of traders jump straight into the market with unrealistic expectations and are solely focused on one thing – the money they can make and whatever else they can buy with it. But this type of attitude makes them overly focused on short-term outcomes, which often leads to irrational trading behaviors that negatively impact long-term results. It’s sad to see, but traders routinely sacrifice their long-term trading success just for the short-term emotional gratification of giving in to their in-the-moment impulses and desires (trading without a signal/trigger, removing stop losses, adding to losing positions, revenge trading, etc.).

A positive expectancy system and the proper mindset work in conjunction with one another to achieve consistent profitability within the market, but there’s no denying that mindset is the foundation for trading success. It’s the glue that brings everything together. Without it, any system is simply at the mercy of the operator’s compulsive tendencies. Without the mindset component, the entire system is compromised. If a system isn’t followed, the benefits of the system can’t be realized. But with a positive expectancy system and the mental framework to follow that system, then the probabilities will work themselves out over time. Overall, the focus should be entirely on developing and refining the process (system and mindset) because if done correctly, the results take care of themselves.

Without the proper tactical and mental frameworks in place, traders experience an agonizingly painful emotional and financial fate.