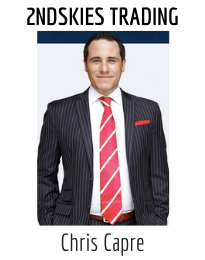 2ndSkies Trading is run by Chris Capre. With over ten years of experience training traders to become consistently profitable, it’s clear that he’s doing something right. What sets his courses apart from the majority of other trading programs out there is his focus on the psychological aspect. The dozens of other services I’ve come across over the years typically focus on sending alerts that subscribers can follow. But this approach simply doesn’t work. It handicaps traders into thinking that there’s a shortcut they can take to success. But after paying for alert services and then losing even more money in the market, they realize it’s not that easy. You have to build core skills and the proper mental framework in order to be consistently successful, and I give major credit to Chris Capre at 2ndSkies for actually teaching this. It’s sad to see so many traders go down the get-rich-quick path and become a statistic. Over 90% of traders ultimately fail. But failure doesn’t have to be your fate if you concentrate on the right things. Start building your core skills and mindset today as a member of the 2ndSkies community. 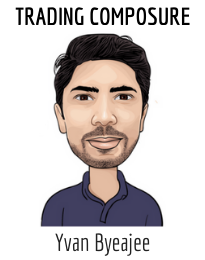 Trading Composure is a website run by Yvan Byeajee. It offers a blog and various courses that focus on the critical importance of trading psychology. Most traders don’t even realize it, but mindset is what separates the consistently profitable traders from the losers. The majority of people mistakenly believe that being a good trader is synonymous with being a good market analyst, but that’s not necessarily true. Without the proper psychological makeup, even the best analysis and trading systems will crumble. Virtually nobody goes into trading with the appropriate beliefs and attitudes, which often leads to a large dose of emotional and financial pain. It’s not until we accept the realities of the market and decide to make a real effort at improving our mindset that true mental stability and trading consistency can exist. Executing a winning trade or even a series of winning trades requires absolutely no skill – anybody can do it. But it’s the consistent success over time that is so hard to achieve. Ultimately, that consistency we seek in our trading profits is the result of acquiring a specific set of mental skills. 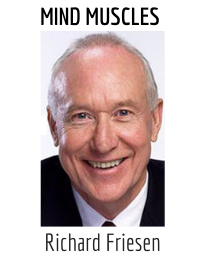 Mind Muscles For Traders is a website run by Rich Friesen. Rich started his career on Wall Street as a broker, working first for Merrill Lynch and then EF Hutton. After that, he became a floor trader at Chicago Research and Trading for nearly a decade. He eventually broke off on his own and subsequently founded and built his very own trading firm, Trade Management LLC. At this point, his role primarily shifted from actively trading to training traders to trade his money. These one-on-one experiences with his employees, coupled with his own personal experiences, made him recognize the critical importance of trading psychology. His firm went on to become one of the most consistently profitable on the Pacific Exchange. Because of his unique experiences as a broker, institutional trader, independent trader, trading firm founder, and trading mentor, he brings decades of unmatched wisdom to the table as a trading coach. Through his courses and other educational tools, his main goal for his students is to stop their internal struggles and the destructive, self-sabotaging tendencies that stem from them. 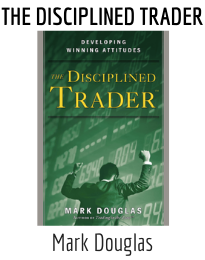 The Disciplined Trader is a book written by Mark Douglas that covers the essential topic of trading psychology. The reality is that the market environment isn’t something we’re naturally used to. The uncertain, limitless, and constantly changing nature of the market requires a specific set of mental skills to deal with. Since we can’t control the market, then that means we are the ones who have to adapt to it. Failure to align mindset with true market characteristics is the downfall of most traders. They tend to make impulsive and irrational decisions in the market, and to make things worse, rationalize and justify those decisions to make themselves feel better in the moment. But eventually there comes a point of what Mark Douglas calls “forced awareness”, in which delusional traders experience so much emotional and financial pain that the rationalizations finally break down. The differing realities between trader and market are in such conflict that it becomes impossible to suppress. To achieve consistent success in the market, traders need to recognize this occurrence as a signal for personal growth and development. 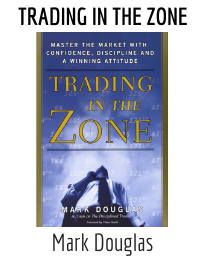 Trading in the Zone is a book written by Mark Douglas that covers the most fundamental aspect of trading – the way that we think. Why is it that over 90% of traders fail? It’s not because they don’t know enough about the markets. It’s because they don’t know enough about themselves. They simply don’t have the self-awareness required to stay disciplined and focused in such a chaotic environment, and as a result, they allow their emotions to be in the driver’s seat. It’s a myth that intelligence and good market analysis is the determining factor in consistent trading success. Sure, those things can help, but consistent profitability will never be achieved without obtaining a particular set of attitudes and beliefs. If we allow our emotions to make us act erratically, then our trading results will be erratic as well. The negative impact that our bad habits, delusions, and defense mechanisms can have on our trading results are immense. Ultimately, the consistency we seek must be provided internally within our own minds because the markets won’t naturally provide that structure for us.

Top 4 Guides For Becoming a Consistently Profitable Trader on TradingParadigm.com:

|How to For the Stock Market – 5 Steps to Consistent Profits|

|Rewire Your Brain For Successful Trading With the Help of Neuroplasticity|

|How to Eliminate Bad Trading Habits and Develop Good Ones|

|A How to Guide For the Stock Market – Achieving Consistent Profitability|