The Claim That Top Stock Picks “Promotes” Stocks For Their Own Benefit is Bogus: 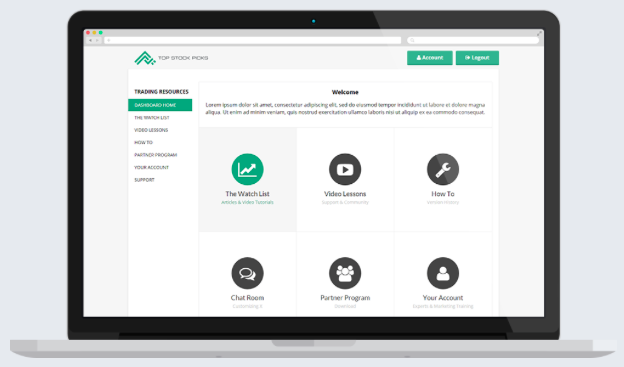 When it comes to every single stock trading newsletter out there on Wall Street: Top Stock Picks, Penny Pro, Jason Bond Picks, K Capital Advisors, etc., there’s always outsiders filled with skepticism and doubt. Fears that they are all “front running” services oftentimes manifests within the gut of potential subscribers, but in the case of Top Stock Picks, you simply don’t have to worry about such manipulation and greed.

Take this past month of March for example: the Top Stock Picks portfolio only experienced two small losses throughout the entire month, with the majority of winners being ETF/ETN plays. These types of trades include DUST, DGAZ, DRIP, and TVIX. What’s the reason Steve LeBlanc, header trader at TSP, has decided to target such trades? One word: VOLUME. In other words, his members don’t have to worry about his alerts driving up prices before they get a chance to enter their own positions.

What is Front Running in Regards to Stock Trading Newsletters?

Here’s the gist of what front-running is: a stock promoter buys 1,000 shares of a stock at $2.50. After they’ve already entered their position, they alert their “buy” to a large group of followers/subscribers. These followers then decide to enter their own positions in the stock, which quickly drives up the price into the $2.60’s, $2.70’s, and before you know it, it’s at $3.00! At this point, the promoter unleashes his shares for a healthy profit, while the “followers” are stuck holding the bag at inflated prices.

This happens most often in thinly traded (low volume) stocks. Ones that can easily be manipulated if large crowds are directed into trading them. But is this the route Top Stock Picks takes? No chance. Steve LeBlanc doesn’t need your “volume” or “following” in order to profit in the markets. He can do it on his own – and he’s been profitably trading ETF/ETN’s over the past month to prove it.

The Wrap Up: Top Stock Picks is Exceptionally Member-Oriented

If Steve LeBlanc didn’t care about his Top Stock Picks members, then he most certainly wouldn’t be trading high volume ETF/ETN’s. He’d be trading low volume garbage that his subscriber-base could easily drive up the price in after his initial buy, resulting in phenomenal gains for himself. These types of occurrences are known as “pump-and-dumps”, which TSP doesn’t take part in.

Steve LeBlanc is focused on educating his members, not scamming them. His video lessons, webinars, watch lists, real-time alerts, and ticker choices all prove this to be true. No wonder the service has received such positive testimonials.