Best Quotes From The Psychology of Trading – Tools & Techniques For Minding the Markets: 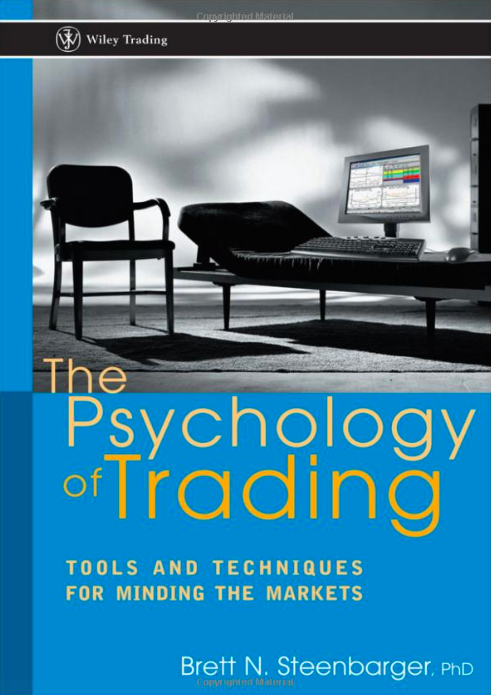 Use Your Internal Observer to Create a Feedback Loop of Continuous Improvement:

The Psychology of Trading is an interesting book that combines Brett Steenbarger’s knowledge and experience as both a psychologist and a trader. One of the major themes of the book is that traders need to develop tools and techniques for “trading from the couch”. What this means is that we need to become our own therapist. We need to have the ability to detach from our in-the-moment sensations and emotions, and invoke our “internal observer”. This allows us to build the critically important self-awareness required to correct our impulsive and irrational tendencies. We all have biases that distort information and skew our decision-making process.

Another key observation that Brett has made in his career as both a psychologist and trader is that people tend to be problem-focused. What this means is that we tend to get stuck and lost within our own problems, unable to escape. Our same patterns of thinking and behaving continue to get us the same negative results. But there are often times when we think and behave in an effective manner, and those are examples that we can model from. By thinking about times when you traded correctly, for example, times when you executed your trading plan without hesitation, you recognize that there are actually times when you effectively executed. Then all you have to do next time your negative pattern is in progress is interrupt and replace it with how you operated in the effective moments. This is the solutions-focus. It’s about finding exceptions to our problem patterns and using those exceptions as solutions.

Within us, there is both an impulsive and disciplined trader. Our own self-awareness and self-reflection dictates which one comes out.