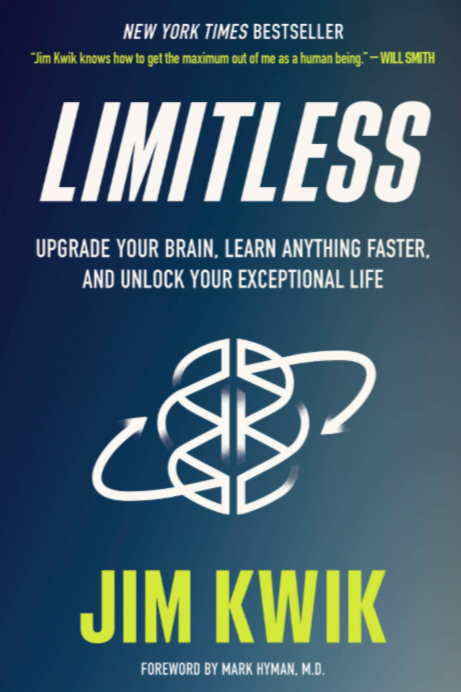 There are so many people who think that their talents are limited, or worse, completely fixed. They believe deep down in their core that they can’t grow or expand their current skill levels in reading, writing, memory, concentration, public speaking, singing, dancing, sports, you name it. Their self-talk is full of inhibiting thoughts like “I’m not…” or “I can’t…”. But the reality is that we can become whoever we want ourselves to be with enough practice and effort. Although we don’t often realize it, our brain has the ability to grow much like a muscle can. But it can also atrophy with nonuse. So if we want our brains to evolve and be the highly effective source of power that it has the potential to be, then we need to focus on learning the most valuable skill there is – learning how to learn.

There’s no doubt that a simple thought that might be fairly benign at first can become a vicious, widespread mind-virus if we allow it to be. Jim Kwik, for example, suffered a severe head injury as a child and became known as the “boy with the broken brain”. After hearing this comment from other people, he began replaying it in his mind over-and-over again, and it drastically limited his growth during his younger years. Eventually, however, he overcame his circumstances because he was tired of accepting his identity as “the boy with the broken brain”. Now, he’s a leading expert on brain optimization. There are so many people out there who defeat themselves with an improper mindset, and it ends up holding them back from achieving their goals for years, or worse, their entire lives. The good news, which Jim Kwik has personally proven in his own life, is that our brains have an incredible ability to adapt and grow through new learnings and experiences. It’s entirely within our control to upgrade if we choose to.

How many of your perceived constraints are nothing more than lies? What false beliefs are keeping you from achieving your goals?