Best Quotes From The Art of War By Sun Tzu (and How They Relate to Trading): 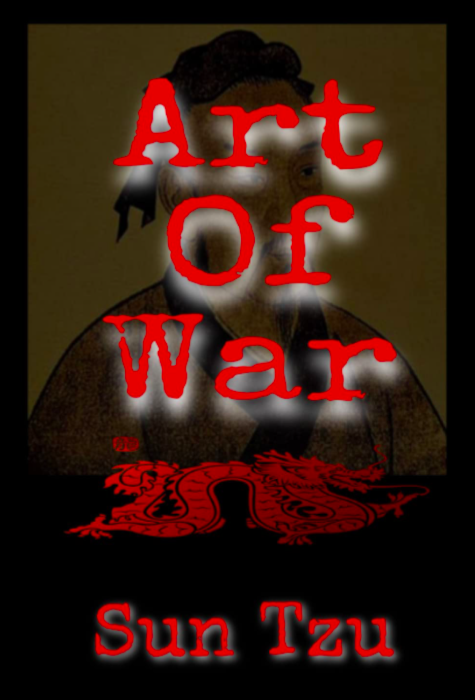 Before the act of buying and selling takes place during market hours, the consistently profitable trader is already fully prepared for every potentiality. This level of preparation makes execution easy. His/her decisions are dictated by rules/plans/systems that were created beforehand; not by in-the-moment urges and impulses. Traders who fail to prepare in advance will most likely be stressed, confused, and overwhelmed during live trading situations.

It is only one who is thoroughly acquainted with the evils of war that can thoroughly understand the profitable way of carrying it on.

Pretty much all great traders have experienced a tremendous amount of pain in the past from large losses in the market. But they didn’t let that pain destroy them. They used it as feedback in order to improve themselves and their process – and came back even stronger. Thanks to their experiences with the evils of trading, like large financial losses and emotional swings, they eventually figured out the proper approach. From experiencing what not to do, they now have a better understanding of the proper path.

In order to succeed long-term as a trader, you have to not only understand the market (and put the odds in your favor based on that knowledge), but you also have to have a deep understanding of yourself. Most people think trading success is all about finding some magical pattern, setup, or system; but the strength of any system ultimately depends on you. If you’re removing stop losses, doubling-down on losing positions, constantly strategy-hopping, and the list of common trading errors goes on-and-on, then you’re sabotaging the system. Don’t let your irrational and impulsive tendencies get in the way of your statistical edge.

As a trader, you have to understand that losses are part of the game. There is no strategy or system that will never generate a loss. So you have to fully accept that short-term losses can and will happen. But you can’t let the existence of losses completely wipe you out of the game. By controlling risk and keeping losses small, you can protect your account against devastating losses. But at the same time – by making yourself available, you put yourself in a position to take advantage of great opportunities when they arise. By eliminating the possibility of giant losses completely wiping out your account, you put yourself in position to capture gains.

What the ancients called a clever fighter is one who not only wins, but excels in winning with ease…He wins his battles by making no mistakes. Making no mistakes is what establishes the certainty of victory, for it means conquering an enemy that is already defeated. Hence the skillful fighter puts himself into a position which makes defeat impossible, and does not miss the moment for defeating the enemy.

In trading, making no mistakes doesn’t mean avoiding losses. As we just discussed, losses are an unavoidable aspect of trading. So what making no mistakes as a trader means is following your rules/plans/systems with the highest degree of discipline. This level of self-control becomes a wired habit. The pull to act impulsively becomes less and less – thus following their plans becomes easy. After doing this for so long, it doesn’t even occur to them to do otherwise. By sticking to their rules, they defend themselves against devastating losses, while also putting themselves in position to test exceptional risk/reward opportunities.

Amid the turmoil and tumult of battle, there may be seeming disorder and yet no real disorder at all; amid confusion and chaos, your array may be without head or tail, yet it will be proof against defeat. Simulated disorder postulates perfect discipline, simulated fear postulates courage; simulated weakness postulates strength.

If there was one characteristic of the market environment mainly to blame for people’s erratic thoughts, emotions, and behaviors, it would have to be uncertainty. When people don’t know for sure what will happen next, they start to act in irrational ways. As humans, we like control. But you can’t control the markets. All the market offers is probabilities based on technical and fundamental data. So amid the chaos of market movements, which can seem random at times, you can still control your own thoughts, feelings, and behaviors. As the saying goes – you can’t control the wind, but you can still adjust your sails.

Do not repeat the tactics which have gained you one victory, but let your methods be regulated by the infinite variety of circumstances.

When you boil it down, trading is simply a game of probabilities. If you have a statistical edge and follow it, then you can expect to profit over a large series of trades. It’s not about any one particular trade outcome – because that can easily be attributed to luck. Instead, it’s about consistency over a large number of trades. If, for example, you were playing roulette at a casino, put all your money on red, and won – by continuing to repeat the strategy, you’ll eventually lose all your money. You might get lucky once, twice, maybe even three or more times in a row. But eventually you’ll lose everything. The motto of casinos is “keep the players playing” for a reason – the odds are always in the casino’s favor. So the more hands, spins, rolls, or bets that take place, the more opportunity they give their edge to play out. With trading, the goal is to put the odds in your favor much like a casino does.

Water shapes its course according to the nature of the ground over which it flows; the soldier works out his victory in relation to the foe whom he is facing.

When you decide to enter the market environment, you have to understand that succeeding within it requires an entirely new set of mental skills that you’re probably not used to. I’ve seen a ton of people who were extremely successful in other areas of life – business, law, engineering, and medicine, for example – all fail miserably as traders. One of the main reasons for this is that they don’t know how to effectively handle losses – and it leads to a number of disastrous trading errors. Generally speaking, “smart” people (as society typically defines them) don’t like to be wrong. Most just aren’t used to it. But being “wrong” and experiencing losses happens quite a bit in trading. So if you don’t have the proper perspectives on risk, loss, and uncertainty, then trading is going to be extremely difficult. Every skill is context dependent. Being a trader requires unique mental skills.

There are many new traders who come into the markets with guns blazing trying to capitalize on every single opportunity that there is. But having such a general focus and attempting to jump on every bandwagon typically doesn’t work out too well. I respect the charisma – and it’s fine to test out different things as a new trader to see what fits you best. But the best traders specialize in no more than a few specific setups and strategies – sometimes even just one. The market offers so much information and opportunity that it can be dangerously distracting if not filtered. So you have to be able to pass on quite a number of opportunities in order to capitalize on your specific strategy. Overcoming FOMO isn’t easy, but the man who chases two rabbits catches neither.

He will win who knows when to fight and when not to fight.

Many market participants treat trading like an opportunity for thrills and gambling, but this isn’t what professionals do. In fact, trading the right way (without acting impulsively) can actually be quite boring. Many times, your particular setup just isn’t there. You might have to wait minutes, hours, or even days for something to trigger based on your rules/plans/systems. This isn’t very exciting, but it’s the reality. Those who lack the patience to wait for opportunities where the odds are in their favor will fall short of their potential as traders. In the end, you have to know when it’s the right time to execute a trade, and when it’s the right time to not even take one at all. You don’t have to do anything unless the market presents you with an advantageous opportunity.

Please share your thoughts and feelings on these top quotes from The Art of War by Sun Tzu as they relate to business, trading/investing, and overall lifestyle strategies and tactics within the comments section below.