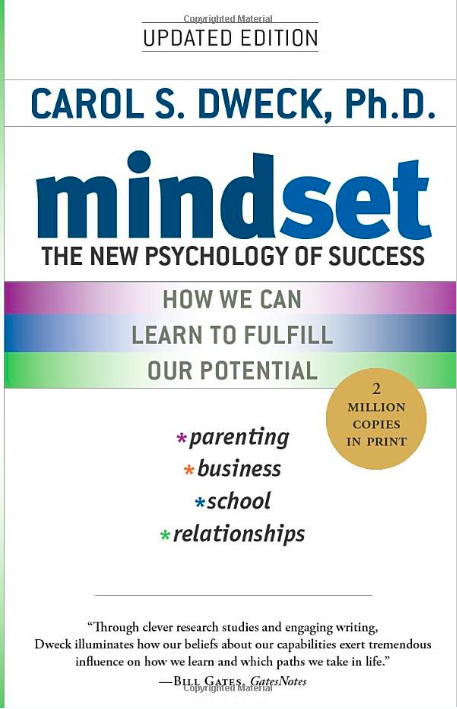 Commentary on the Top 10 Quotes From Mindset By Carol Dweck:

It’s important to realize that people don’t typically have a completely fixed mindset or a completely growth mindset – everybody has a combination of both. But we do, however, tend to fall on one side of the spectrum in most situations. If you currently feel like you fall into the growth mindset group in regard to school, business, career, parenting, relationships, etc. then you’re on the right track. If you fall within the fixed mindset group, however, you may want to fully examine the negative impact it’s having on your full potential as a human being. The good news is that change is entirely possible. Thanks to neuroplasticity, the brain can make new connections and grow through learnings and experiences. Nobody is “stuck” with their natural abilities. Everyone is capable of self-transformation.

Believing that intelligence and talent are fixed traits is an outright myth. With enough coaching and training, it’s very possible for people with inferior natural abilities to outwork the “gifted” ones. Just take Michael Jordan, for example, who was cut from the varsity basketball team in high school. If he had a fixed mindset about his abilities, he would’ve just given up right then – why put in the effort if improvement isn’t possible? But instead, he took on this setback with a growth mindset. In fact, every perceived “rejection” or “failure” throughout his career only fueled his passion and desire to get better. As a result of the growth mindset he applied over the course of his career, he’s now commonly referred to as the best basketball player of all-time. We tend to think that all of the “greats” not only in sports, but in mathematics, science, and every other field, made it there because of their innate abilities – not hard work. But the truth is that natural talent only takes you so far. The “greats” have been able to master their craft through thousands of hours of practice, while nobody else was willing to put the work in. Consistency is what ultimately leads to mastery.

How These Concepts From Mindset By Carol Dweck Relate to Trading:

There’s a common misconception that great traders are “naturals”. That they jump into the market and just have a “knack” for making money. But the truth is that great traders have to be developed because the market environment is so unique. It’s simply not an environment people are naturally used to, especially when it comes to the emotional aspect of it. We’re born into societies with structure already locked into place for us by authority figures for our own protection (rules, codes of conduct, laws, etc.). But once we enter the market, none of that structure exists. We can take whatever trades we want, have no risk management protocols in place, and behave recklessly without anybody stopping us. But if we want to achieve consistent results, we have to not only create structure for ourselves (system, strategy, rules, etc.) but also have the mental strength to behave according to that structure on a trade-by-trade basis. This level of self-awareness and self-control, however, isn’t something traders tend to be very good at. They constantly jump from strategy-to-strategy, trading randomly, impulsively, and irrationally. And the end result speaks for itself – over 90% of traders fail.

If traders actually want to be consistently successful in the market, then they have no choice but to embrace the growth mindset. As soon as they become aware that their current mindset is what’s holding them back from consistent profitibility, then they can make the decision to change. We have the power to redefine ourselves (our thoughts, emotions, and behaviors) through conditioning. With enough repetition, we can learn anything. Unfortunately, most traders design their operations in a way where their happiness and results are dependent upon external forces. They rely on some guru’s alerts, a hot stock tip they received from a friend, or anything that takes the responsibility away from themselves. And when trades don’t go their way, they make excuses and blame the outside forces for their woes instead of themselves. But the levels of control and consistency we seek have to come from within. It’s our mindset, our underlying attitudes and beliefs, that dictate our behaviors and results. In other words, if we start to think, feel, and behave like the trader we want to be, then we will become that trader. Changing just this one belief that we hold for ourselves, from a fixed mindset to a growth mindset, can have a drastic impact on our identity and ultimately the potential we fulfill in every aspect of our lives.