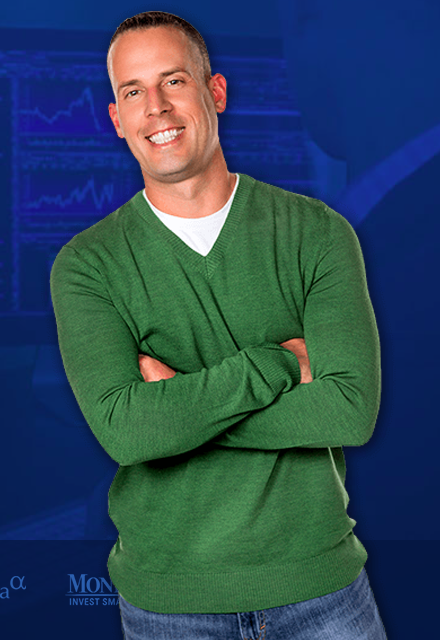 Jason Bond is a well-known day and swing trader of small cap stocks priced between $1-10. He founded his educational stock trading newsletter called Jason Bond Picks in 2011, and has been highly profitable ever since. But is there a deceptive reason for all of his success? Is he fooling his members into purchasing subscriptions or are they actually making thousands of dollars in the market alongside him as well?

As a service positioned in the “stock trading” space, which naturally focuses on making money, there are a lot of emotions at stake, ultimately resulting in an abundance of criticism from both members and non-members – as fair or unfair as it may be. If he makes money on a trade, the skeptics have their doubts, and if he loses money on a trade, the haters come out in full force. Are the disbelievers justified in their thinking? Is Jason Bond Picks a legitimate service or is it a total sham?

Let’s take a closer look below.

We should start by pointing out that Jason Bond currently has over six thousand active subscribers, with his most popular service being Swing & Long Term Trading. He also offers a learning-intensive mentor service called Millionaire Roadmap. Swing Trading is the flagship strategy that Jason Bond Picks was built on, and then Long Term Trading and Millionaire Roadmap were rolled out later due to countless member requests.

|My #1 Piece of Advice to Subscribers of Jason Bond Picks|

But even with these impressive numbers and loyal followers, there are still some outsiders who decide that Jason Bond Picks is a scam without even experiencing any of the programs first-hand. There are also many former members who failed to find any personal success with his services. You’re probably wondering why there is such a mix between loyal and displeased members, so let’s dive into the most popular complaint I’ve heard about Jason Bond Picks over the years.

#1 Complaint: Jason Bond Pumps Stocks Through Alerts, Leaving His Followers in The Dust.

Jason Bond sends out his trades to members via text and email alerts, and since small caps can be quite volatile, the prices can shift rather quickly based on his alerts alone. When thousands of members receive his text and email buy alerts, and then subsequently follow him into trades, it could potentially drive up the prices quite a bit in the short-term – within mere minutes.

This can tend to distort his own trading results with all that short-term buying pressure behind his trades. In addition to that, it leaves members who join solely to copy his trades rather vulnerable. Most of them don’t really know what they’re doing. Unfortunately, they lack the core skills and the proper mindset for effectively operating within the market. They think they can use the trade alerts as shortcuts to trading success, but in the long-run it never works.

To a certain degree, it’s a good thing that the alerts are sent for complete transparency of Jason’s trades and to prove that he actually has “skin in the game”. But they shouldn’t be used for inexperienced, oblivious followers to copy. This is where the biggest breakdown takes place with his service. The marketing tends to suggest that subscribers can expect to capture large profits in short periods of time just by following alerts, but that approach isn’t what actually works for subscribers. Initially, it’s what they think they want – to be spoon-fed hot picks, but it ends up being ineffective.

The effective approach is to focus on the educational aspects of the service (video lessons, webinars, watch lists, special reports, etc.) in order to learn concepts and eventually become self-sufficient. Dependency on tips, picks, or alerts from somebody else is a recipe for disaster. You have to be able to prepare, execute, and review your own trades if you want to achieve consistent profitability. You simply can’t cheat the market, and it will make you pay until you develop the right skills and mindset required for consistent success.

If you choose to join Jason Bond Picks or any other newsletter/alert service, please keep in mind that you as the subscriber are still in complete control of your own portfolio. It’s in your best interest to understand how to manage it properly. In the end, the results you can ultimately achieve depend heavily on how you choose to utilize the particular service.

Your Primary Objective Should Be Education – Learning Concepts and Applying Them on Your Own:

As previously stated, Jason shares his exact buys and sells for transparency into exactly what moves he’s making and how he’s applying the concepts he teaches, but they shouldn’t be used for you to ignorantly copy. He does have the option to send alerts without having a stake in the stock himself (and thus not benefiting from any sort of “pump” that ensues), but then he’d run into yet another argument with detractors – “Why doesn’t JB have any skin in the game? Is he not confident in his strategies?”. As you can see, it’s hard to win with his doubters no matter what road he takes or how honest he is. The fact is – the stock trading industry is full of scams and skeptics.

One major hole in almost all newsletters and alert services is that they completely overlook or purposely ignore the psychological aspect of trading. Even though it’s the foundation for success, it still gets swept under the rug. This is why I personally recommend The Advanced Traders Mindset Course. In my opinion, this course should be required for all traders. It would certainly save them a lot of emotional and financial pain to focus on cultivating the proper mindset first. Far too many novice traders obsess over the money-making potential, fall into the trap of get-rich-quick programs, and fail to ever achieve consistent trading success. That could all change by focusing on the right things.

Overall, your main objective as a novice stock trader should be education. If you choose to subscribe to Jason Bond Picks or a service similar to it, your focus should be on learning the concepts they teach through video lessons, webinars, watch lists, and chat rooms, and then applying them on your own. If you commit yourself to learning and developing core trading skills, you’ll realize that you don’t need to wait for text and email alerts before making moves – you’re armed with the know-how and skills to capitalize on opportunities in the market on your own. Jason Bond Picks can potentially turn you into a completely independent trader if you want it to, but it’s your own personal choice – depending on how you use it.

Unfortunately, most members are simply seeking a shortcut to riches and think they can copy their way to success without educating themselves. That’s what leads to losing, inconsistent, and unsatisfied members. You have to take advantage of the learning tools provided and then apply that newfound knowledge on your own if you truly want to succeed with this service. Just ask three-year Jason Bond Picks member, Kyle Dennis, who was able to turn $15,000 into over $1,000,000 by applying the concepts Jason teaches on mainly biotech stocks, and certainly not copying Jason’s buys and sells alert-for-alert.

So many individuals look to the stock market for an easy way to make money – a shortcut or get-rich-quick strategy. Almost every single time, this approach will actually result in a loss of money. If that’s the way you’re thinking when it comes to making money in the market, you need to change your mindset and focus on education. Learning Jason Bond’s strategies and then applying them on your own can work, not attempting to copy his buys and sells every time you receive an alert without knowing anything about how stocks even behave. The latter is a recipe for disaster.

|What is the Best Penny Stock Alert Service?|

In the end, it’s not so much about the service/newsletter itself, it’s more about how the subscriber utilizes it. You can watch the video lessons and webinars, review the watch lists on a daily basis, interact in the chat room with hundreds of other traders, use the alerts to gain insight into what Jason is thinking in various situations, and ultimately educate yourself to a point where you’ve become an independent, profitable, and consistent trader. Or you can simply be a blind, uneducated follower, quick to blame the program for your failures in the market without putting the necessary effort in to achieve consistent success.

Fact: Simply joining Jason Bond Picks (or any stock trading newsletter/educational service) won’t guarantee success – it’s up to you to take advantage of all the educational materials provided, soak them in, and become a knowledgable, capable trader.