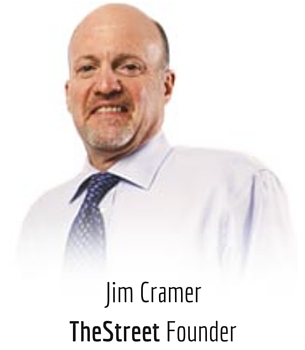 The above quote comes straight out of Jim Cramer’s 25 Rules For Investing and gets right down to the core of everyone’s trading strategy: making money. The problem is, you can’t make money until you sell. No sales = no profit. So don’t be a pig.

Greed runs rampant on Wall Street and it’s important that you don’t become one of those people holding on for bigger wins time and time again, just to see those gains disappear, or worse, turn into losses. Profit taking is the only way to secure winning trades.

You simply can’t catch the perfect bottom (buy price) and top (sell price) for every trade. In fact, it’s impossible to do so. Don’t worry about the money that will be “left on the table”. Worry about paying yourself – because going from up, to even, to a loss, can happen quickly without discipline.

The truth is, there’s a certain thought process that goes on when traders are either up or down on trades. When they’re down, they want to hold on in hopes that the stock will turn back around. In essence, they become bag holders, turning bad trades into long-term investments. Nobody wants a loss on their books. It’s the inverse to the profit taking process: it’s not a loss until you sell, right?

And when traders are up on trades, they want to continue holding on for bigger gains. They feel confident in their choice to buy and want to ride that winner for as long as possible. Nothing can go wrong when you’re up big, can it? But those runs can’t last forever, so when is the right time to take profits?

The Importance of a Trade Plan – Outline the Risk and Reward:

This is where the importance of a solid trade plan comes into play. Before ever entering a trade, you want to have your downside risk (stop loss) figured out, as well as your upside potential (sell target). Having a well-rounded plan that includes what to do both when the stock goes up or down will keep you on track when it comes to selling. It balances your psyche – you’re prepared for each situation and ready to act when necessary.

Jason Bond, Owner of Jason Bond Picks, is a prime example of a trader that takes profit when the opportunity presents itself. He preaches a “scaling out” technique to his members that includes taking 5-10% gains as soon as possible and letting the rest ride for 20%+. Even if the stock retreats back to your initial buy price, you can sell at that point and still capture the overall win.

The Wrap-Up: Don’t Be a Pig. Take Profits & Cut Losses According to Your Trade Plan.

Have you ever been on the winning side of a trade just to let it reverse into a loss? Or are you a consistent profit taker when opportunities present themselves? Leave any questions or comments below.