Jason Bond Setting Up a Charitable Trust For His Future Trading Profits: 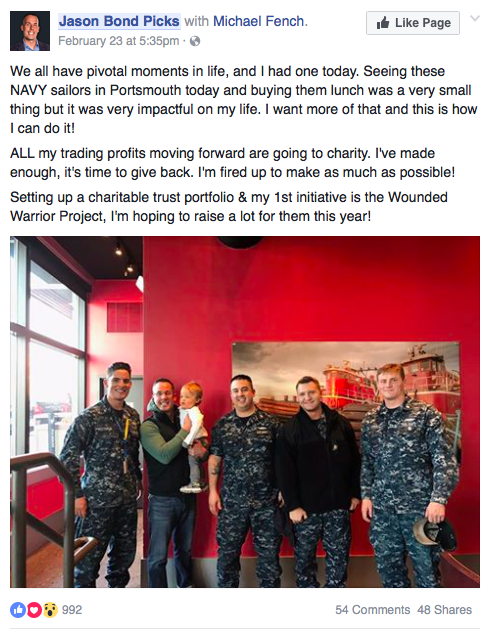 Just over a month ago, Jason Bond decided it was time to make charity a priority in his life. Going forward, all of his trading profits will be going to charity with his first initiative being the Wounded Warrior Project.

He’s captured over a million dollars in trading profits over the past five years – let’s hope his success continues for a great cause.

Not even four full months into the year, Jason is already up nearly $200,000 (200%) in profits on a $100,000 starting portfolio. Impressively, he’s done this almost entirely by trading mid-large cap stocks and options – not small-caps that he’s built his reputation on.

Recently, he’s revamped his flagship Day & Swing Trading service and taken himself out of his small-cap swing trading alerts in order to focus entirely on education. This change also Addressed the #1 Complaint he’s received over the years about subscribers not being able to get the same entry & exit prices as him on trades. 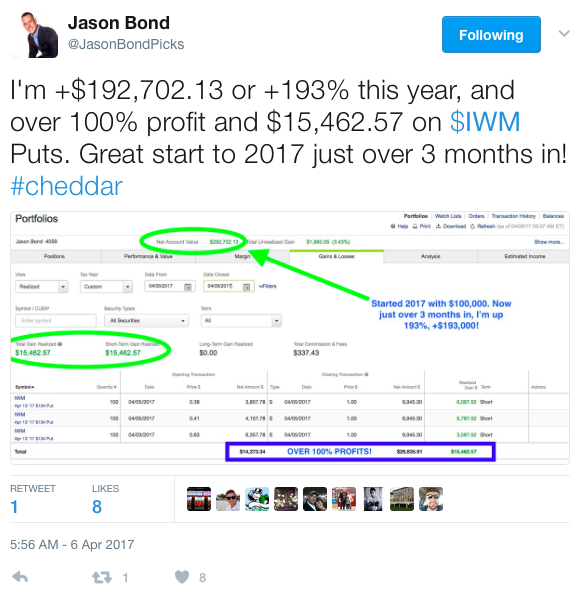 Jason Bond’s recent success only goes to show that he’s an overall great trader, not just within the small-cap space, and his service continuously strives to educate members which will ultimately allow them to capture substantial profits in the market.