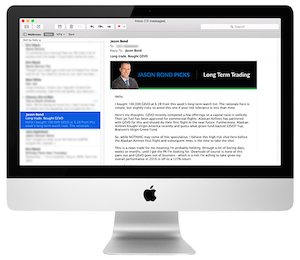 Jason Bond’s Long Term Trading service was created for busy professionals – individuals who simply don’t have enough time to monitor the market on a daily basis.

This service is focused on uncovering stocks with massive potential within the timespan of a few weeks to months. These particular plays are characterized by flexible entries and exits, and best of all, don’t require you to be chained to your computer all day.

This is a program you’ll want to check out if you’ve been asking yourself the following question: Is it Possible to Trade Around a Full-Time Job?

A Perfect Example of the Value This Program Provides For Busy Professionals:

If you think this ANGI trade is the only one Jason has nailed for a huge gain within the past six months, you’d be wrong.

Let’s go ahead and break down his watch list comments and alerts regarding the +$6,420 (55%) ANGI trade. Pay close attention to his comments in BLUE below. Boy, did he hit the nail on the head with this one…

ANGI has been on a slide since the first week of September, after the stock reached a high of $10.76, then tumbled below its 52-week low, following Q4 earnings on February 15.

Since management didn’t offer guidance for Q1, the talk on the street is Angie’s management believes Q1 will be another troubled quarter.  Maybe so, but maybe not so.  Memberships have surpassed five million, an approximately 50% rise from last year.

ANGI is one of those stocks I believe has been oversold due to the lack of guidance, which may suggest to some traders that the company is in serious trouble.  Now trading at one-times revenue, I believe the stock suffers from another case of over-pessimism.

I also wouldn’t be surprised if Angie’s is sold.  The company’s EV of $345 million is just barely more than its market capitalization of $326.27.  Hmmm.

I’ve done pretty well with stocks whose management does a bad job of holding investors’ hands between quarterly results.  There’s a when-in-doubt-bail-out attitude among amateur traders that has suited me just fine in many cases.  I pick up stocks cheap. 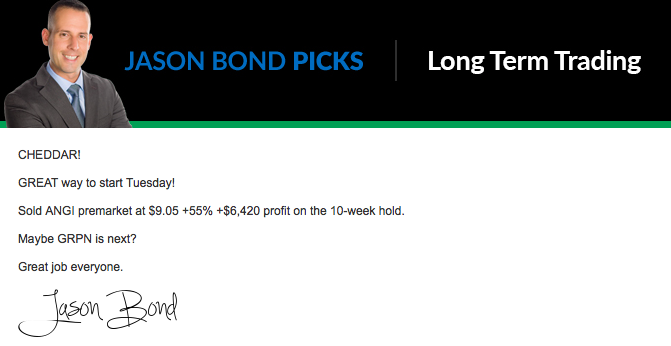 The Takeaway – ANGI Was a Flexible Trade That ANYBODY Could’ve Followed:

This is a play that anybody could’ve entered at or near Jason Bond’s entry price of $5.84 for two months. Overall, this is what Jason Bond Picks Long Term Trading is all about. Slower-developing plays that create flexible entry & exit opportunities for busy professionals.

Are You Ready to Start Cashing in on Huge Opportunities in the Market Like LQMT, FNMA, ROX, and ANGI?