Jason Bond Grows His Portfolio an Astonishing 280% in Just 6 Months: 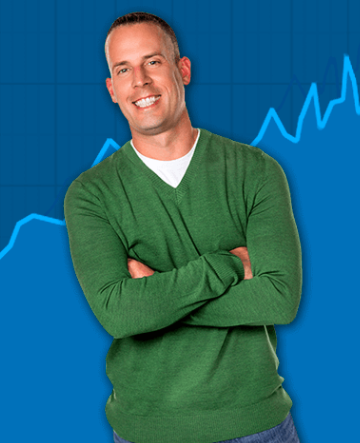 And if you’re thinking that his members can’t achieve similar results – think again. In less than three years of being a paying member of Jason Bond Picks, Kyle Dennis turned a $15,000 starting portfolio into over $1,000,000. That’s an even better performance than Jason Bond himself! And as promised, Jason Bond bought him a brand new Porsche in June for his accomplishment. Will you be the next to receive a Porsche for hitting the $1M mark trading side-by-side with Jason Bond?

Rebalancing Will Align His Portfolio With His Service’s Core Goals:

Let’s face it – the majority of Jason Bond Picks members can’t relate to a $300,000+ portfolio. There are certainly a handful of members with that kind of capital to play with, but the majority of subscribers are working with far less. Yes, his strategies can be scaled-up or down depending on your own personal portfolio value (from $1,000 to $1,000,000+), but it’s much more common to see clients with $100,000 or less. Jason also tends to be a bit more aggressive in his approach as his account increases, and in order to keep his focus on high-probability trades with the lowest possible risk, he’s rebalancing his portfolio back down to $100K.

Anyway, I feel like my account size is losing touch with my service goals. This is a good problem to have of course because it means bonus time.

Essentially it’s payday for me. I’m taking out $280,000 and starting Q3 with a rebalanced $100,000. This means smaller positions and larger % returns becomes the focus again with a goal of doubling it or better before the end of the year.

This is By Far Jason Bond’s Best Trading Year Yet – And He’s Had Some Great Years Already:

Jason Bond started his educational stock trading program back in 2011, but it wasn’t until 2013 when his performance skyrocketed. Even though he started with a portfolio value of over $300,000 and the S&P 500 grew nearly 30%, he had a breakout year capturing $238K (78%) in gains. If that didn’t solidify his market dominance, he took $94K in 2015 and turned it into $270K, a 188% return, all while the S&P 500 finished negative on the year. Now, only halfway through 2016, he’s already turned $100K into $380K – a phenomenal 280% return. His service is improving year-over-year, member portfolios are growing substantially, and most importantly, he’s teaching traders how to become successful on Wall Street each and every day.

Are You Ready to Take Your Portfolio to the Next Level? Consider Jason Bond as Your Personal Trading Mentor, Teacher, and Friend.