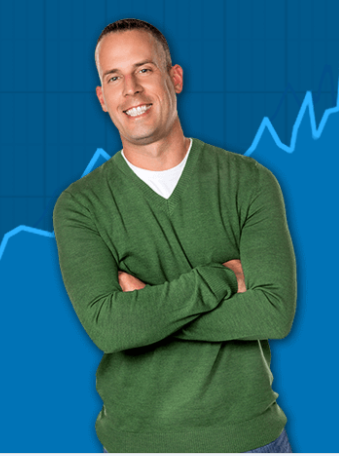 Quick Description of Jason Bond Picks: JBP is a stock trading educational platform broken down into three separate service offerings. It all started with Jason Bond’s flagship Swing Trading service back in 2011 and developed from there into multiple high-quality offerings that fit the needs of many traders depending on preference and availibility.

Jason Bond’s most popular service focused on 5-10%+ gains per trade on 1-4 day holds.

For busy individuals. Hold times tend to be about 1-4 weeks, as opposed to days.

Mentor program that aims to accelerate knowledge/profits of any member that joins.

Jason Bond’s Backstory – On Pace to Make More in 1 Year Than 10 Years as a Teacher: 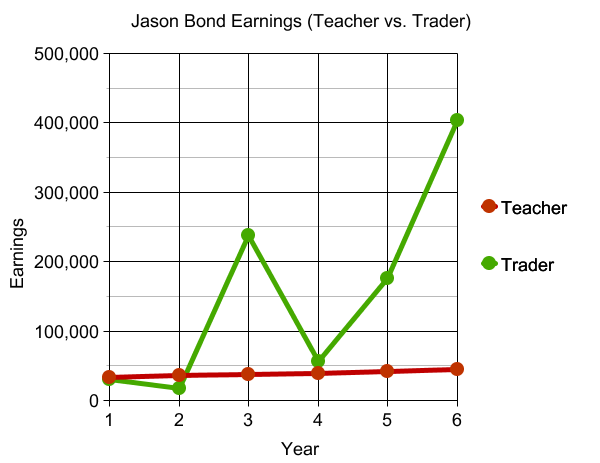 Jason Bond started college in 1995 at Niagara University and finished in 2001 at Brockport State with a Masters in Education. In 2002, he immediately began his career in New York as a school teacher with a $34,000 starting salary. After ten years of financial strain, he was at the peak of his earnings – a salary just under $53,000. Let’s not forget the $70,000 in tuition he paid for his education over six years and loss of income during that time. So with hundreds of thousands of dollars in debt (house, cars, student loans), it was at this point when he decided to free himself from his “safe”, low-income career and pursue his passion as a Wall Street trader.

Over the course of ten years as an NYS teacher, Jason Bond made roughly $430,000 in cumulative salary. To put this into perspective, in 2016 alone (midway through November), he’s already captured over $400,000 and on pace for much more. In just 1 year, Jason Bond will most likely outperform his income over 10 years as a school teacher – that’s life-changing money and showcases the potential of an effective stock trading strategy. And he’s not the only trader experiencing success. This year, one of his standout students, Kyle Dennis, exceeded $1,000,000 in trading profits from a starting portfolio of $15,000 in less than three years.

|Are You Skeptical of Jason Bond Picks? Discover the Most Common Member Complaints|

The Jason Bond Picks Community is Thriving Right Now – Are You Ready to Join in on the Education and Profits?