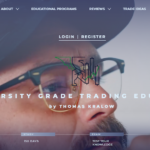 Is Thomas Kralow's Trading Course and 1-on-1 Mentorship Worth $20,000? Thomas Kralow is a successful trader and investor who recently created a program called University Grade Trading Education. There are multiple versions of the program available at different price points, but they are all based on the same core curriculum. The Complete Program offers 16 total chapters with over 200 video lessons, 140 tests, and 80 homework assignments. And there's also a Shortened Program which is the same … END_OF_DOCUMENT_TOKEN_TO_BE_REPLACED 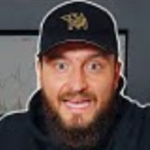 Thomas Kralow Scam Allegations From the Perspective of a Real Student: When it comes to Thomas Kralow - or any other trading guru for that matter - there will always be scam allegations. But whether these scam allegations are warranted or not is usually quite difficult to figure out. It's hard to know what to believe online. For bad reviews, all it takes is one naysayer, hater, or competitor to create a bunch of fake profiles and start writing nonsense on message boards for false information to … END_OF_DOCUMENT_TOKEN_TO_BE_REPLACED 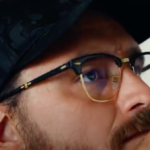 Who is Thomas Kralow - $9,000,000+ Trader and Investor: Thomas Kralow was an active day trader for seven years during which time he placed over 20,000 trades and made over $9,000,000. He is originally from Latvia, but considers himself a "man of the world" having lived in the United States and various countries throughout Europe. Currently, he spends much of his time in Dubai - as you can tell from various vlogs on his YouTube channel. In addition to trading, he also likes cars and … END_OF_DOCUMENT_TOKEN_TO_BE_REPLACED