A Proven Track Record of Double Digit Yearly Percentage Returns: K Capital Advisors was founded in November, 2013 by Kyle Matthew Fisher, an accomplished Finance professional with over a decade's worth of experience. After realizing the vast amount of frauds and overall shady services in the space, he decided to establish his own swing trading newsletter based on industry standards. Since then, he has successfully earned the trust of of his subscribers and will only continue to grow his … END_OF_DOCUMENT_TOKEN_TO_BE_REPLACED 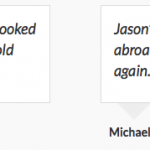 Most Traders Can't Profit in a Bullish Market, Let Alone a Bearish one: In 2015, Jason Bond captured nearly $180,000 in swing trading profits, which was a 190% return on his $94,000 starting portfolio. The most impressive aspect of it all was that the S&P 500 finished negative on the year, and so did the Russell 2000, which more accurately tracks performance of the small cap stocks Jason Bond typically trades. Since the inception of Jason Bond Picks back in 2011, Jason has proven … END_OF_DOCUMENT_TOKEN_TO_BE_REPLACED 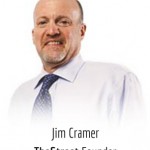 “Bulls Make Money. Bears Make Money. Pigs Get Slaughtered.” The above quote comes straight out of Jim Cramer’s 25 Rules For Investing and gets right down to the core of everyone’s trading strategy: making money. The problem is, you can’t make money until you sell. No sales = no profit. So don’t be a pig. Greed runs rampant on Wall Street and it’s important that you don’t become one of those people holding on for bigger wins time and time again, just to see those gains disappear, or … END_OF_DOCUMENT_TOKEN_TO_BE_REPLACED