ROX (Castle Brands Inc): Currently holding 1500 shares at $1.80. This one’s been in somewhat of a resting phase for the past couple weeks, but I think it’s only a matter of time before it makes a move back up toward $2. Earnings are roughly 2 weeks away at this point and I think they beat again Just Like Last Time. The deal that this company made with Walmart back in February to put Goslings Ginger Beer on the shelves of 4500 stores is huge. That’s every single US location of the world’s largest retailer. There’s also speculation on a potential takeover that could send shares soaring. 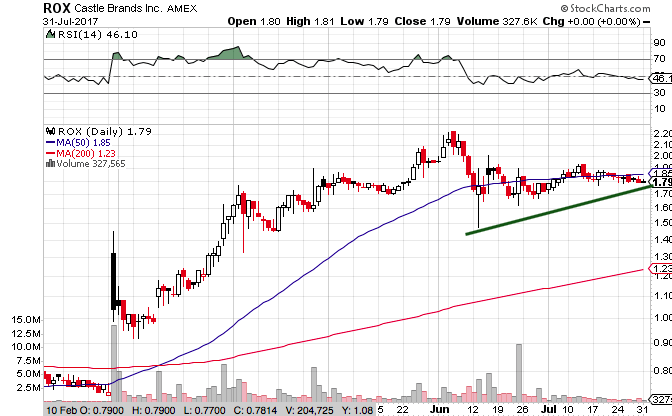 LQMT (Liquidmetal Technologies Inc): Currently holding 1707 shares at $.28. This trade has massive upside potential on good news. There are multiple “shots on goal” so to speak between the CEO’s Connections within the amorphous alloys space and the upcoming Apple iPhone release. Mere hype of a contract with a big-name company like Apple can send this one skyrocketing (as it has done in the past), let alone some sort of legitimate news. And the way the chart is setting up has the risk limited in my eyes. There’s strong support above $.25 and it’s starting to break out above $.30. 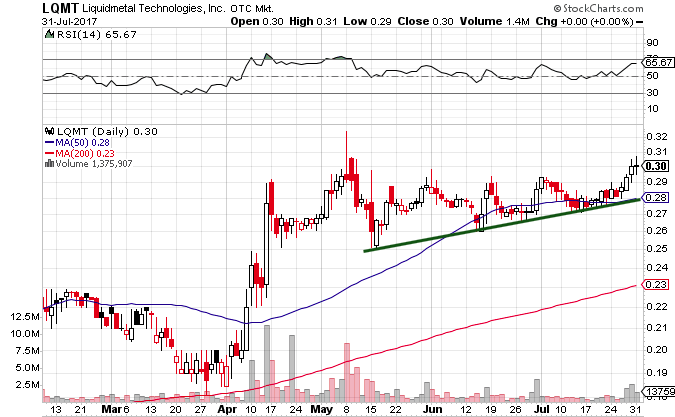 WTW (Weight Watchers International Inc): Currently holding 20 shares at $36.31. Might be late on this one, but I couldn’t resist the uptrend any longer. I picked up some shares today on a pullback from the $39 range it was trading in last week. Ideally, this one holds the trend and makes a move back toward $40 for profit. I’ll keep my stop tight around $35.50. I started Tracking This One on 7/10 when it was trading around $34 – wish I entered then for profit closer to $40, but hindsight is always 20/20.  I didn’t realize they have earnings scheduled for 8/3 when I entered, so I’ll probably be looking to exit the trade no matter which way it moves before then. 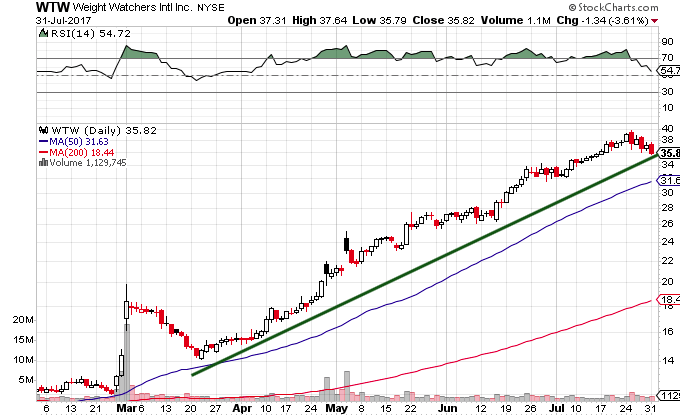 TZA (Direction Daily Small Cap Bear 3X ETF): Entered at $15.25 and exited at $15.85 for a modest 4% win on an 8-day hold. I planned on building up a bigger position in this one, but just didn’t feel comfortable with it. I think the overall market is due for a correction soon, but’s it’s hard to guess exactly when that might happen – small caps will most likely lead the fall if it does. 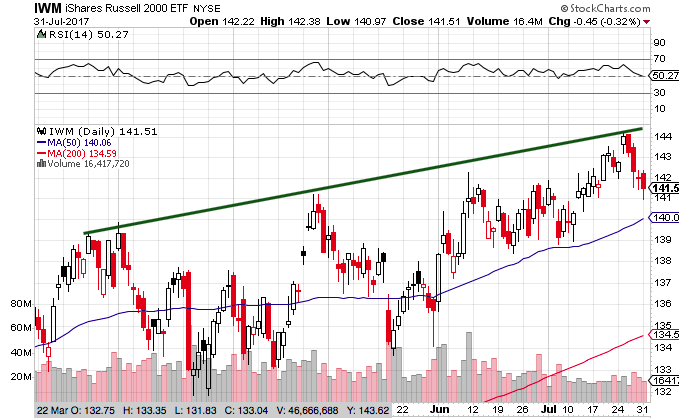 AEZS (Aeterna Zentaris Inc): Captured a quick 7% day trading this one on 7/27, BUT it was only 10 shares. I meant to place the order for 200 shares, but before I realized the typo my 10 share position was open and up over 5%. It was sad to see I only owned 10 shares when it came time to sell. The Doji Candle on 7/26 is what got me interested in the first place for a potential reversal, but I’m not too interested in this one anymore after the big red candle today. 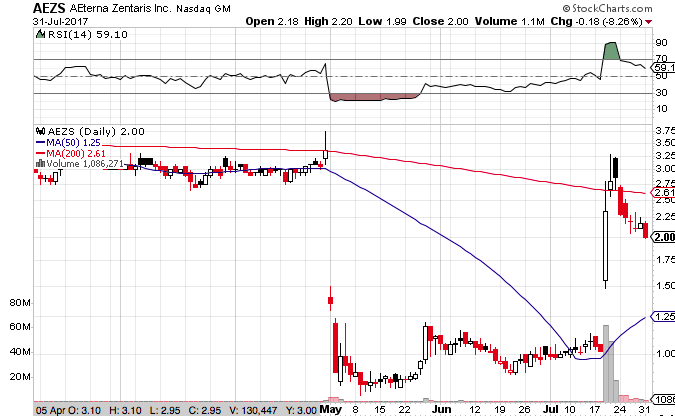 FRED (Fred’s Inc): This oversold setup worked perfectly for a solid 10% gain. Entered at support around $6.50 on 7/17 and exited today at $7.15. This one first appeared on my 7/18 Watch List. Doesn’t look like much of a move on the chart, but I’ll take 10% wins over and over again. There’s even more room for it to run and it pulled back a bit in the afternoon today for a potential re-entry. 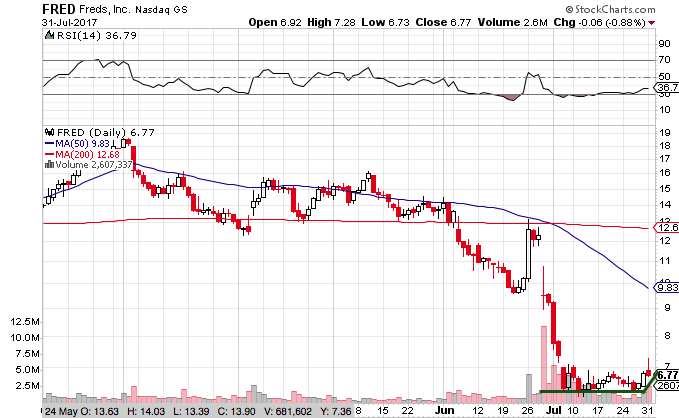 Lots of companies reporting earnings within the next couple weeks, which are events I typically try to avoid, so I’m not in too much of a rush to enter any new trades at the moment. I’ll stick to managing my open positions in ROX, LQMT, and WTW, and scout a potential re-entry on FRED. I also like FNMA on a pullback into the $2.50’s.