As Human Traders, Our Biggest Enemy is Ourselves:

The average person is attracted to the market for one reason – the potential rewards (money). Plain and simple. From the outside, it seems like a quick and easy pathway to riches. If you’re over 18 years old, have at least a couple hundred dollars, and an internet connection, you can open up a brokerage account today and start placing trades. There are no tests, certifications, or any formal education required. You can jump right in on day one and call yourself a “trader”. There’s really nothing else like it in the world.

But just because it’s so easy to physically start making trades, doesn’t make it wise to do so. As with anything worth doing, it takes time, dedication, and sacrifice to achieve success. Sure, some beginners will end up winning on their first few trades by pure luck, which unfortunately deceives them into thinking they already have the skills to trade efficiently right from the get-go, but there’s a substantial difference between winning and being a consistent winner. Pure luck is short-term, but consistent traders who implement knowledge, structure, and discipline into their approach have the ability to generate durable, long-term market success.

Drop the Obsession With Money and Other Material Possessions:

It’s great to have goals and aspirations – there’s no doubt about that. But if you’re entering the markets solely for the money, then you’re doomed for failure. The core of trading consistently relies on finding an edge, creating rules, and strictly adhering to them. But if you have an overwhelming craving for money and other material possessions, it will have a tendency to cloud your judgement and impede your overall trading success. Acting impulsively over-and-over again in an attempt to get-rich-quick is a recipe for disaster.

|Why is it So Difficult to Become a Consistently Profitable Trader?|

It’s a rather difficult thing to do, but you have to train your mind to forget about the possibilities (money, cars, houses, etc.) and focus on the probabilities (risk vs. reward). Remember that your actions in the current moment, which should involve sound risk management and flawless execution of your trading plan, will be the key to your long-term trading success. In a nutshell, success and failure in the market is based on how you behave and how well you control your emotions on a routine-basis. When you focus on the process, the outcome takes care of itself. So good trading shouldn’t solely be judged by the profit/loss in your account, but by how disciplined you were in adhering to the strategy. In the end, the less you concern yourself with money, the more the market will send your way.

Accept That You Won’t Be Right on All of Your Trades. If You Can’t, You’ll Fail.

The idea that you have to be right on all of your trades is a fallacy. In fact, it’s possible that your win rate could be less than 50% and still be profitable, as long as the winning trades are larger than the losers. But the point is, you can’t be too stubborn to take losses. Psychologically, people tend to view their losses in the market as a personal attack – a shot at their own deficiencies and shortcomings as a human. That type of emotional reaction when released into the market can cause accounts to spiral out of control, and fast.

So instead of cutting the loss, they bend their rules, holding on and hoping the stock will eventually return to their entry price. But it doesn’t – it just continues falling. Eventually, the loss that could’ve just been a tiny paper cut is now a giant gash in the account. Ultimately, that “refuse to take a loss” mentality can be devastating to accounts over time. The market is filled with uncertainties, so being right on every single trade is simply impossible. No amount of long-lasting success will come to you in the markets if you can’t consistently act in your own best interest, so stick to your rules and execute your trades properly.

Top 10 Trading Concepts to Understand If You Want to Achieve Consistent Success:

The Wrap Up – The #1 Reason Most Traders Fail is Due to Their Mindset: 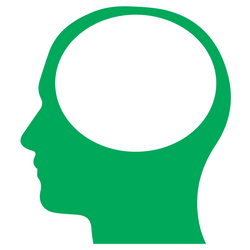 A proper state of mind is the most underrated asset of a consistently profitable trader. The psychological aspect of trading is truly the glue that brings everything together. The strategy and risk management plan would be nothing without a prepared and disciplined mind. Trading success is much more than just knowing a proven system or strategy. A system is just theory unless properly executed with discipline. And trading isn’t merely math and logic like some people think. Sleep, nutrition, and exercise all play a role in your trading success as well. Overall, it requires a relaxed mind and full concentration on the current moment, not on the result. If you focus on the correct process, then the result will take care of itself.

Most traders, unfortunately, put the cart before the horse, meaning they don’t focus on themselves and their own psychology first. They’re not in tune with their emotions and often left wondering why they haven’t yet been able to achieve consistent success. But no system will save you without self-observation, self-analysis, and self-discipline. Believing that markets will conform to all of your personal expectations will only be met with frustration, disappointment, and losses. The market doesn’t owe you anything. If you jump in with insecurities, denied impulses, and unrealistic expectations, then it will be there to greet you with misfortune.

Gain Self-Awareness and a More Structured Trading Approach With the Help of Yvan Byeajee:

Overall, 99% of our problems in the market can be attributed to our own minds. Ironically, it can also be our greatest asset if we exercise our  abilities to concentrate and be mindful through the act of meditation. I have Yvan Byeajee to thank for opening me up to the critical importance of meditation as a daily routine and the impact of trading psychology in general.

Are You Ready to Finally Experience Consistent Success in the Markets? Your Mind May Be the Only Thing Holding You Back.